Through the Freedom of Information Act (FOIA), Americans for Public Trust obtained Secretary of Transportation Pete Buttigieg’s official calendar, revealing Buttigieg and his husband traveled to the Netherlands to attend the Invictus Games via military aircraft.

The Department of Transportation has not answered any questions concerning the costs to taxpayers and whether Buttigieg plans on reimbursing the government for costs associated with his husband’s travel.

“Secretary Buttigieg’s travel woes keep piling up with this newest revelation that he and his husband took a private jet for a European trip. Taxpayers, who just had their holiday plans completely upended because of Buttigieg’s travel mismanagement, should be furious. Buttigieg manages to avoid all the problems he has created by flying private military jets around the world for non-military purposes, while everyday Americans bear the brunt of his detachment from their travel realities,” said Caitlin Sutherland Executive Director of Americans for Public Trust. 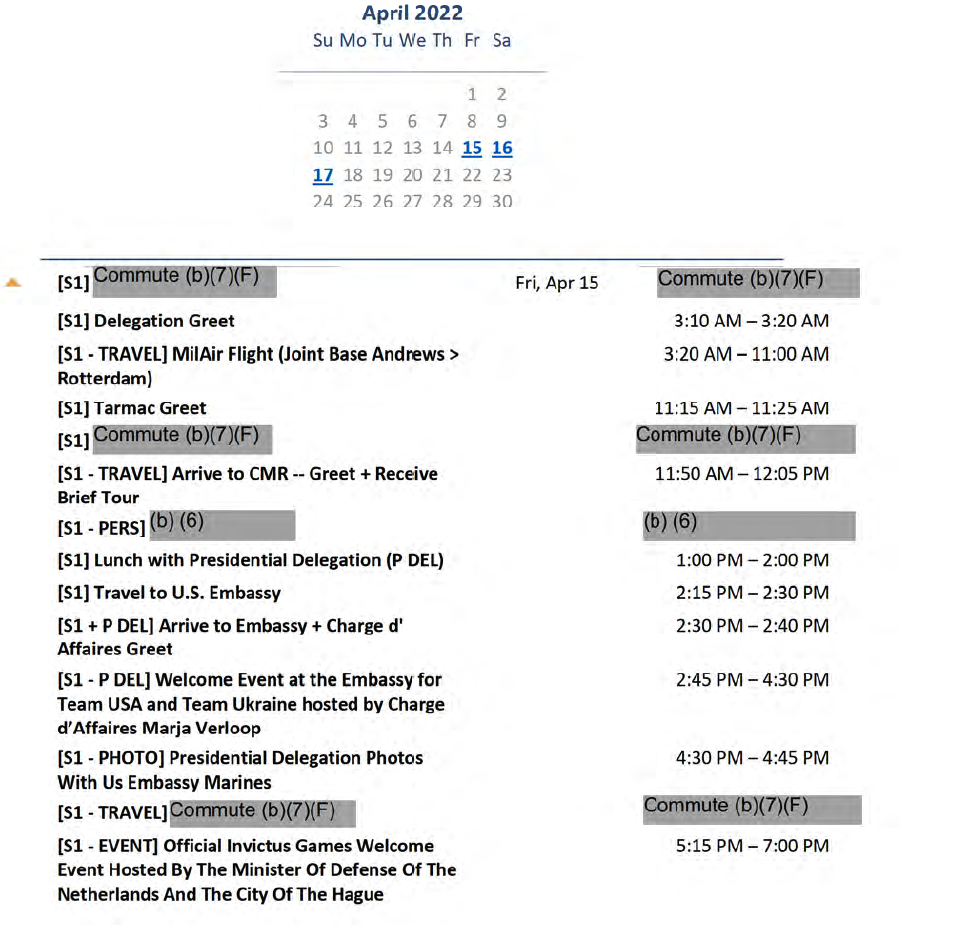